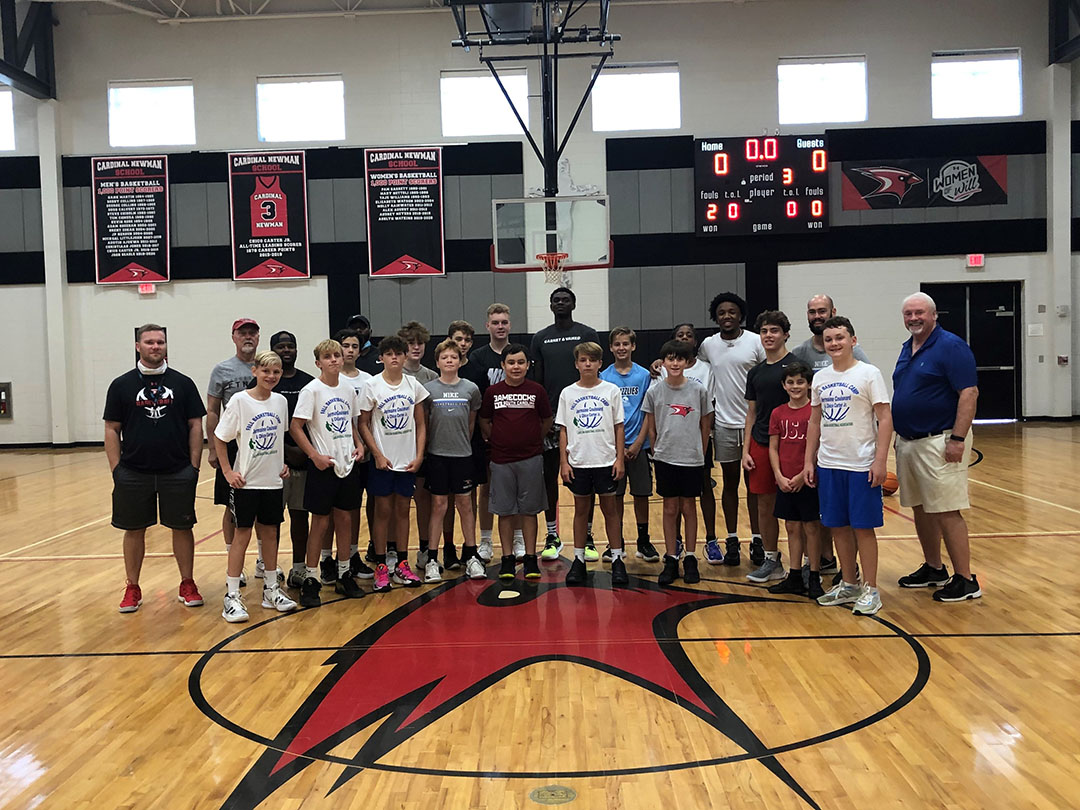 Several years ago, when I was blessed with the opportunity to move back to my adopted home state of South Carolina, one of my life goals was to continue working with kids in growing their basketball skills.

While I lived in West Virginia, one of my pleasures and passions, was to do volunteer work. Beginning in 1967, I started as a small fry basketball coach, then in 1989, I began coaching AAU teams. In the mid-1990, I was instrumental in reviving YBOA in the State of West Virginia. In the early 2000’s, I began working with an Ohio organization bringing fund raising tournaments into West Virginia. It was about that same time, I started coaching a local high school team, when out of season. Several years ago, I worked at a couple of basketball recruiting camps in front of college coaches.

What I found upon moving back here in South Carolina and got familiar with local basketball, the athleticism of the youth was off the chart, but the focus of athletes had changed from basketball to football. Notwithstanding South Carolina has been and always will be a baseball state. In my naive state, I thought it would be a perfect setting for working with local high schools to conduct fund raisers for their respective basketball team, as I had been involved with in West Virginia.

Then my friend from Parkersburg, Jack Greathouse, an Ohio Hall of Fame high school basketball coach, moved to South Carolina to be closer to his family. I worked hard to recruit and succeeded in getting Jack to come on board with CBA. Greathouse had been instrumental in starting a similar organization running fund raisers for hosting high schools throughout the State of Ohio. By late 2000’s that organization oversaw more than 300 teams of all ages playing in venues on any given weekend from April through May. As a result, the Ohio basketball talent increased in skill level.

As I continued my quest to put on fund raising tournaments in South Carolina, I scheduled a meeting with the late Mark Snelgrove, coach of the Chapin High School basketball team, to discuss setting up similar fund raisers for local programs. He asked me to be a volunteer coach at the school. We became good friends, then I remained involved with the program after the sad passing of Coach Snelgrove from cancer. My association with Mark gave me some credibility in the State basketball community.

Not giving up on my desire to set up fund raisers, Greathouse and I had a meeting with the SCHSL to learn about their rules. Next, I discovered some regions set rules, which made hosting basketball fund raising tournaments at their facilities, almost impossible. Thus, beautiful facilities sat empty on weekends.

However, all was not lost on the road blocks I encountered. Sometimes, you find when you yield to the will of God, follow his path, not yours, good things happen. Still not giving up my quests for improving the skills of the very talented basketball youth around the State, I kept my eyes open to opportunities that perhaps were right in front of me all along.

Last fall, new Head Basketball Coach Marquett Carr offered the privilege of coaching the Chapin High School team in a league in Spartanburg. I saw a beautiful facility built there hosting about every sport played at the high school level in the State of South Carolina. Then on another weekend, I had the privilege of taking that same team to Rock Hill, South Carolina to play in a weekend tournament in another beautifully remodeled facility, previously an abandoned warehouse. We know Myrtle Beach and Augusta host very large basketball tournaments. Again, I asked myself why not Columbia?